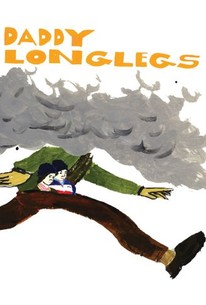 A barely competent father takes his children on a series of offbeat adventures in this comedy drama from the writing and directing team of Josh Safdie and Ben Safdie. Lenny (Ronald Bronstein) works as a projectionist at a revival theater in New York City and has been living on his own since his wife divorced him. Lenny often acts like an overgrown child, which makes things complicated when he has to look after his two young sons, Sage and Frey (Sage Ranaldo and Frey Ranaldo). Lenny finds himself spending two weeks with his kids, and he wavers back and forth between being a caring father and dragging them into situations where they don't belong; when Lenny is called in to work unexpectedly, the boys are given the run of the theater with chaotic results, and a sudden road trip to upstate New York proves little better than disastrous. Also screened as Go Get Some Rosemary, Daddy Longlegs also features Lee Ranaldo of the acclaimed indie rock band Sonic Youth in a supporting role -- he's also the father of Sage and Frey Ranaldo, who play Lenny's sons.

Jake Braff
as Jake
View All