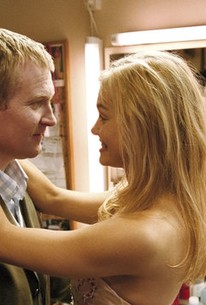 A man is torn between love, family, and a responsibility he does not want in this drama. Christoffer (Ulrich Thomsen) used to work for his family's steel company, but when the stress of the job began taking a serious toll on his health, he left the firm and now happily runs a restaurant in Stockholm and is married to Maria (Lisa Werlinder), a lovely and promising stage actress. At the urging of his father, Christoffer flies to Denmark for a family visit, only to discover upon arrival that his dad has just killed himself. Christoffer quickly discovers why: the steel business is on the verge of collapse and his mother (Ghita Nørby) urges him to take over rather than let his brother-in-law Ulrik (Lars Brygmann) assume control. Christoffer reluctantly agrees, but before long, his decision begins to drive a wedge between himself and Maria, while his difficulty in reviving the failing business forces him to deal honestly with his employees in a manner he's not accustomed to, as well as dealing with the uncomfortable points of corporate power. Arven (aka The Inheritance) is the second part of a trilogy by director Per Fly on the three primary social classes, following his 2000 debut Bænken.

Critic Reviews for Arven (The Inheritance)

Audience Reviews for Arven (The Inheritance)