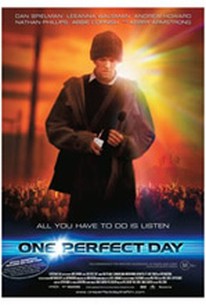 Twenty-two-year-old Tommy Matisse (Dan Spielman) is a student at the Royal Academy of Music in London who dreams of writing an opera that will speak truth in the chaos of the contemporary world. Consumed by his unrelenting search for inspiration and his powerful love for girlfriend Alysse (Leeanna Walsman), Tommy remains deaf to the desperate cries of his younger sister Emma (Abbie Cornish). When Emma and Alysse go out for a night of partying and Emma suffers a fatal overdose, Alysse's burden of guilt becomes too weighty to bear and she soon seeks to tell Tommy the truth about his sister's death. Subsequently torn apart by Tommy's anger and Alyssa's sorrow, the pair both embark on solitary journeys that find Tommy making a name for himself in the Melbourne club scene, and self-destructive Alyssa falling under the drug-addled influence of powerful music producer and nightclub owner Hector Lee (Andrew Lee). Though Tommy and Alyssa are later reunited when their paths intersect at the club where Tommy is DJ'ing, the resulting rage of jealous Hector threatens to spell tragedy for all involved. ~ Jason Buchanan, Rovi

Critic Reviews for One Perfect Day

Audience Reviews for One Perfect Day