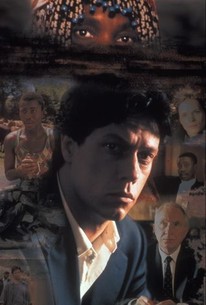 In this drama, a man dealing with the ghosts of his past defends a child whose cultural dictates differ with the law. Sean Raine (Gavin Hood) was born and raised in South Africa, but during his time as a soldier in that nation's army, he killed a young black man by mistake while fighting in Angola and has been plagued with guilt ever since. He left South Africa soon after; in time, he studied law and became a successful corporate attorney. While visiting South Africa for the first time in nine years, Sean and his wife Jennifer (Janine Eser) meet a herd boy named Sipho (Loyiso Gxwala) during a canoe trip. As they're returning to camp, Sean and Jennifer meet Sipho again, but this time he's in shock, standing motionless with a bloody axe in his hand as his mother carries the body of a baby with a fatal head injury. When questioned, Sipho asserts that what he killed was not a human infant but a tikoloshe, a creature cursed with evil spirits. Sean offers to defend Sipho, and as he stands before the court, he tries to explain to the judge (Nigel Hawthorne) and jury that Sipho was acting sincerely, in accordance with his faith, and therefore did not truly commit a crime. Actor Gavin Hood made his debut as a writer and director with this film, as well as playing the leading role.

Critic Reviews for A Reasonable Man

Audience Reviews for A Reasonable Man

There are no featured audience reviews for A Reasonable Man at this time.