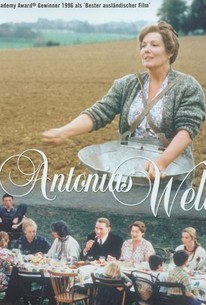 A strong-willed Dutch woman recalls her life in this uplifting picture that won the 1996 Academy Award for Best Foreign Language Film. Antonia (Willeke van Ammelrooy) is an elderly woman who wakes up one morning and realizes that this is the last day of her life. She begins to tell her story in flashback, beginning with her arrival home to the family farm after World War II with her daughter, Danielle (Els Dottermans). For the next fifty years, a variety of colorful characters come and go on the farm. Danielle becomes a painter, and decides she wants a child but no husband, so Antonia arranges the proper donation. Danielle giving birth to Therese (Veerle van Overloop), who laters has her own child, Sarah (Thyrza Ravesteijn), also without virtue of a husband. Antonia and her descendants come to symbolize the freedom of independent females, with little need for men in their lives.

Flip Filz
as The Curate

Paul Kooij
as The Protestant

Leo Hogenboom
as The Village Priest

Ilse Dense
as Letta's Other Child

Jeroen Huysmans
as Letta's Other Child

Barbara Maes
as Letta's Other Child

Tamara Maes
as Letta's Other Child

Gabriella Martinson
as Letta's Other Child

Manon Sodderland
as Picture of Maria

Aurelie Verstraeten
as Letta's Other Child

Nicky Wolfs
as Letta's Other Child

Gosewijn Zwanikken
as Picture of Jesus
View All