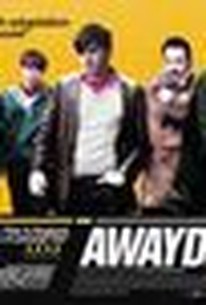 Awaydays is an overwrought coming-of-age drama that romanticizes the violence of 1970s street culture in Liverpool and neglects the requisites of a good script.

A young man makes some new and dangerous friends in this kitchen-sink drama set in Northern England in 1979. 19-year-old Carty (Nicky Bell) lives with his father (Ged McKenna) and younger sister Molly (Holliday Grainger) and has a good job working for his uncle Bob (Ian Puleston-Davies). Despite his loving family and promising future, Carty is fascinated with "the Pack," a gang of football supporters led by John (Stephen Graham) who are known in the neighborhood for their drinking and reckless violence. Carty strikes up a casual friendship with Mark (Liam Boyle), a member of the Pack nicknamed "Elvis," and while Mark isn't convinced Carty is cut out to run with them at first, Carty's tenacity in a fight changes his mind. While Carty and his new mates use their muscle to knock some sense into a short-term boyfriend who mistreats Molly, she doesn't trust the Pack and tries to persuade her brother that hanging out with them will lead to a bad end. Carty isn't easily persuaded, but his relationship with the Pack becomes complicated when his friendship with Mark takes an unexpected turn. Awaydays was adapted from a novel by Kevin Sampson, who also wrote the film's screenplay. ~ Mark Deming, Rovi

Tom Cottle
as Will
View All