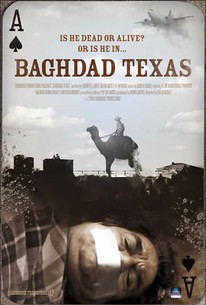 While a Middle Eastern dictator is fleeing his besieged country his plane crashes on the Mexican Border. He is inadvertently carried into Texas by illegal immigrants. Struck by a truck occupied by three cowboys he is taken to their exotic game ranch where their housekeeper nurses him back to health as they slowly discover his true identity. Or is it? The first action-packed ten minutes have virtually no dialogue, but skillful shooting, editing and musical score give the viewer all the set-up needed. A Middle Eastern dictator, fleeing his occupied country, finds himself near the Mexican border when his plane crashes. The only survivor of the crash, he stumbles into the highway and is hit by a truck driven by three red-neck cowboys (with stereotypical prejudices) who take the unconscious man to the exotic game ranch that is also home. The wounded man is cared for by the broken down ranch's Mexican housekeeper and cook (the film's most compassionate and sensible character). Despite the language barriers (Spanish, English and Arabic -- which make every communication funnier and often more touching), in the ensuing days, every character discovers something about themselves, along with a growing suspicion that this mysterious man might be a very famous, hunted criminal with a large bounty on his head. The flat-out broad comedy is surprisingly sweetened with a larger message about disenfranchised souls and why the meek should indeed inherit the earth. -- (C) Official Site

There are no featured audience reviews for Baghdad Texas at this time.