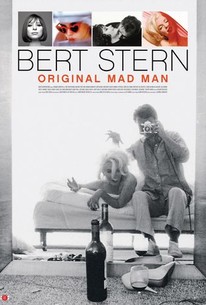 Bert Stern, also known for his seminal film Jazz on a Summer's Day, experienced a meteoric career that began as a mailroom-boy at Look Magazine, where he formed a close relationship with young staff photographer Stanley Kubrick. The launch of Stern's career and the Golden Age of Advertising would coincide with Stern's iconic and legendary "Driest of the Dry" campaign for Smirnoff in 1955. Set against the backdrop of the Egyptian pyramids, this ad would sell more vodka than Smirnoff had dreamed, transforming America into a martini-sipping country and launching Stern to star photographer status at the age of 25. Sought after by Madison Avenue, Hollywood, and the international fashion scene, Bert was at the heart of what creative director George Lois called "the creative evolution." His groundbreaking images of Elizabeth Taylor and Richard Burton, Marilyn Monroe, Twiggy and the infamous Lolita image from Kubrick's film, coupled with his astonishing success in advertising, minted Stern - along with Irving Penn and Richard Avedon - as a celebrity in his own right.

Philippe Garner
as Moderator at Christie's Auction
View All

There are no featured audience reviews for Bert Stern: Original Madman at this time.