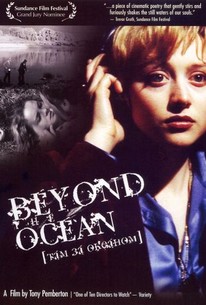 Beyond the Ocean Ratings & Reviews Explanation

Tony Pemberton directs this retro-tinged experimental drama about the evils that men do to women. Structured with a dual narrative, the film takes place both in rural Russia during some unnamed point in the past and in contemporary New York City. The Russian narrative focuses on Pitsee (Tatiana Kamina), a young girl living in a dysfunctional family. Though she tries to appease her irritable, depressed mother, she is eventually handed over to her coarse grandmother. When she grows to be an adolescent, she must fend off the advances of her creepy uncle Alyosha (Donovan Barton), who "loves her too much." The New York segment concerns the adult Pitsee (Dasha Volga) who came to the Big Apple to look for the man who impregnated her in Moscow. Though rakish slacker Alex (Rik Nagel) seems happy enough to see her again, he is in no rush to marry her. Eventually, Alex palms her off on his buddy Dog Walker (Sage), a DJ with extra space in his apartment. This film premiered at the 2000 Sundance Film Festival.

Critic Reviews for Beyond the Ocean

Audience Reviews for Beyond the Ocean

There are no featured audience reviews for Beyond the Ocean at this time.

Beyond the Ocean Quotes