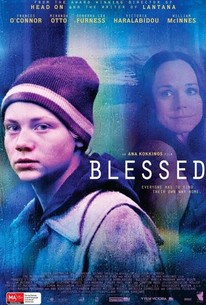 The actions of a handful of troubled young people are seen from two different perspectives in this drama from Australian filmmaker Ana Kokkinos. Daniel (Harrison Gilbertson) has a combative relationship with his parents and acts out by stealing; when challenged by his mother, he breaks into a neighbor's house and accidentally causes the death of an elderly woman. Orton (Reef Ireland) has run away from home and is stranded in the big city; his younger sister Stacey (Eva Lazzaro) finds him living in a clothing donation box, where she shares with him stories of abuse at the hand's of their mom's lovers. Katrina (Sophie Lowe) and Trisha (Anastasia Baboussouras) are bored and aimless kids who turn to alcohol and petty theft to pass the time. And Trisha's brother Roo (Eamon Farren), who has recently embraced his homosexuality, is approached by a photographer who says the young man could have a future in modeling, not knowing he primarily deals in pornography. As we follow these teenagers over the course of twenty-four hours, we next also witness the same span of time as it was experienced by their mothers, in particular Bianca (Miranda Otto), a gambling addict who seems more like a sibling than a parent to her daughter Katrina, and Rhonda (Frances O'Connor), a single mother struggling with poverty and bad choices who will soon have to deal with a new baby as well as Orton and Stacey. Blessed was adapted from the play Who's Afraid Of The Working Class, with playwrights Andrew Bovell, Melissa Reeves, Patricia Cornelius and Christos Tsiolkas penning the screenplay. ~ Mark Deming, Rovi

Eva Lazzaro
as Stacey
View All