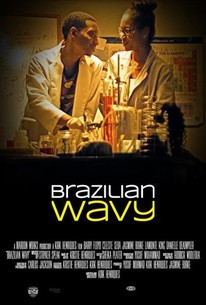 Remy is a young man in his 20s, a scientist and inventor who is heart broken after his now ex-girlfriend Jin is seen with another man. To get back at Jin, Remy masterminds a prank on her father's Korean owned beauty supply store. With the help of his roommate Zakia and brother Mavo, it escalates from a prank to a heist of thousands of dollars of hair extensions. This sets off a series of events as the only beauty supply store is forced to close down, leaving people desperate for hair products. Remy's newest innovation was originally created for his brother Mavo the barber. However, when his formula reacts with his roommate Zakia's human hair extensions, Remy accidently has a breakthrough! He creates his first hair product. In this comedy, Remy goes from having only one girlfriend; to becoming the ladies' man, with his newly found aphrodisiac, "Brazilian Wavy". This new power over weave-aholics consumes Remy, and his dreams of creating a business and giving back to the community become much less of a priority. It's only a matter of time that the ripple effect of a shortage of hair products in the neighbor, comes back to bite him.

There are no featured audience reviews for Brazilian Wavy at this time.