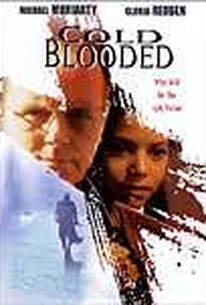 A city undergoing an especially brutal winter discovers it's not just the weather that's putting a chill in their bones when a serial killer begins preying on young women in this thriller. A dozen teenage girls have gone missing and are feared to have been slain by a multiple murderer, and the public is clamoring for Chief Inspector Al Brodsky (Kenneth Welsh) to do something before another young woman is lost. It seems as if the police may finally have discovered some crucial evidence when the naked body of a young woman is discovered frozen solid in the snow. However, Brodsky and police detective Lou Miles (John Kapelos) soon announce that the frozen woman was a suicide and not the work of the suspected kidnapper and serial killer. This story doesn't fly with Vidal (Tony Nardi), a reporter, and as he begins to investigate the case, he discovers that Miles has more than a few secrets he's hiding, and may know more about the abductions than he's letting on. Released on home video under the title Cold Blooded, Bad Faith also stars Michael Moriarty, Patti LuPone, and Gloria Reuben. ~ Mark Deming, Rovi

There are no critic reviews yet for Cold Blooded. Keep checking Rotten Tomatoes for updates!

There are no featured audience reviews for Cold Blooded at this time.