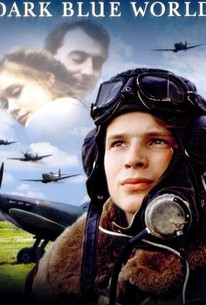 While it's better than Pearl Harbor, Dark Blue World still spends too much time on a trite love triangle.

The friendship of two men is tested by war, political upheaval, and romantic rivalry in this drama from Czech filmmaker Jan Sverak, whose Kolya became an international success. Lt. Franta Slama (Ondrej Vetchy) is a top pilot in the Czech Air Force who is assigned to train a promising young flier, Karel Vojtisek (Krystof Hadek). Franta and Karel both share a great enthusiasm for the thrill of blazing across the sky, and they become fast friends; however, when Nazi Germany invades Czechoslovakia, Franta and Karel chafe under the authority of their new leaders, and they escape to England, where they join other Czech exiles in the R.A.F. While flying a mission over England, Karel crash lands and happens upon the farmhouse of Susan (Tara Fitzgerald), a young woman whose husband is in the Navy. Karel soon falls head over heels for Susan, but while they enjoy a brief fling, in time Susan decides she prefers the company of the older and more worldly Franta. As Franta and Karel struggle to maintain their friendship despite their romantic rivalry, the war finally comes to a close, and the Czechs return home. Trmavomodry Svet, released in English-speaking territories as Dark Blue World, also features Anna Massey and Charles Dance. ~ Mark Deming, Rovi

David Fisher
as Telephonist
View All