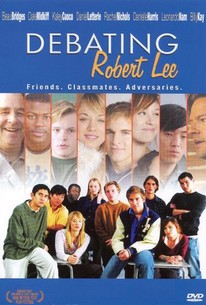 A group of typical high-school students finds their foundations shaken and their beliefs challenged by a newly arrived debate teacher who makes it his mission to explore their innermost feelings on the subject of life and death. The setting is Palos Verdes, CA, and the teacher is Robert Lee (Dale Midkiff), a graduate of the Georgia Military Academy who has gained a reputation as one of the best debate teachers in the country. Every teenager has his or her fair share of problems, but when Lee specifically pairs his new students up with partners whom they don't get along with and assigns them a debate on the hot-button topic of euthanasia, high-school rivalries soon heat up to epic proportions. However, the students aren't the only ones with problems; as Lee struggles to come to terms with an adolescent trauma he has never quite been able to shake, the innermost passions of teachers and students alike begin to emerge though fierce competition and the questioning of longstanding beliefs. Beau Bridges, Danielle Harris, Kaley Cuoco, and Billy Kay co-star in a thought-provoking teen drama from director Dan Polier.

A Martinez
as Mr. Alonzo

There are no critic reviews yet for Debating Robert Lee. Keep checking Rotten Tomatoes for updates!

There are no featured audience reviews for Debating Robert Lee at this time.