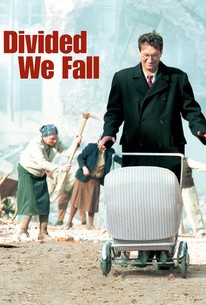 A man and a woman battle with deceit and infidelity as they struggle to survive Hitler's fascist regime in this period drama. Marie and Josef Cizek (Anna Siskova and Boleslav Polivka) are a couple living in a small Czechoslovakian village during the Nazi occupation of World War II. Marie and Josef's marriage is showing signs of strain as a result of the political tensions surrounding them, as well as frustrations over their inability to have children due to Josef's sterility. When a neighboring Jewish family is deported and sent to Theresenstadt, their teenage son David (Csongor Kassai) manages to escape, and the Cizeks warily agree to hide him in their home. An acquaintance of the couple, Horst Prohazka (Jaroslav Dusek), has become a Nazi collaborator and a minor local functionary with the party; he's never made a secret of his interest in Marie, and he now uses his new authority to pay a number of uninvited visits to the Cizeks' modest home. Marie and Josef begin to suspect that Horst knows they're hiding David, so when Horst asks the couple to board a Nazi clerk (Martin Huba) in their spare bedroom, they have to quickly fabricate a plausible excuse to keep him away. Marie tells Horst they need the spare room as a nursery, because they will soon be expecting a baby. Now, in order to make the lie real, Marie must convince David to impregnate her; this will keep the Nazis at bay and allow her to have the baby she's wanted, but it drives an even deeper wedge between herself and Josef. Musime Si Pomahat received its North American premiere at the 2000 Montreal World Film Festival.

Richard Tesarik
as Captain
View All

Critic Reviews for Divided We Fall

Audience Reviews for Divided We Fall