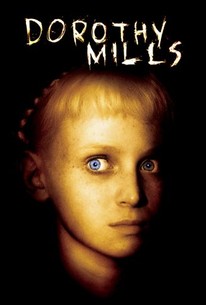 A small war between science and religion is waged over the fate of a mentally ill teen in this thriller from writer and director Agnes Merlet. Jane Morton (Carice van Houten) is a psychotherapist who has been summoned to a small island community off the coast of Ireland to investigate a case of a profoundly disturbed young woman. Dorothy Mills (Jenn Murray) is a teenager who strangled a young girl outside a church for no apparent reason; she's being kept in the village hospital, where she displays a broad variety of bizarre and violent behavior. Jane soon diagnoses Dorothy as suffering from multiple personality disorder and attempts to sort out the various anti-social identities that battle for control of her mind. But Pastor Ross (Gary Lewis), head of the local church, has a different view of Dorothy's problem -- he's convinced Dorothy has been possessed by the devil, and he believes an exorcism is the cure, not therapy. A number of Ross's parishioners share his views and don't want Jane imposing her big-city ways on them, even as the doctor is getting to the roots of Dorothy's problems.