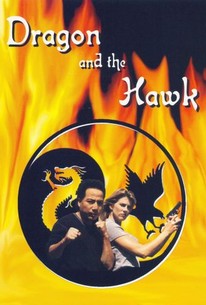 Dragon and the Hawk

A police lieutenant searching for answers in her sister's mysterious death joins forces with a martial arts master who has come to America in search of his own missing sibling in director Mark Steven Grove's gritty action thriller. Upon noting that the death of a young Asian girl shares eerie parallels with the death of her sister, Police Lieutenant Dana "Hawk" Hawkins (Barbara Gehring) attempts to convince her superiors that the two cases are somehow connected. When the higher-ups fail to take action on the matter, Lieutenant Hawkins sets out on a one-woman mission to locate her sister's killer. Meanwhile, skilled martial artist Dragon Pak arrives on American shores in search of his missing sister. Shortly after arriving in the U.S. to pursue a modeling career, Dragon's pretty sister vanished without a trace. When Dragon attempts to confront his sister's employers and is viciously attacked for his effort, Lieutenant Hawkins begins to suspect that his sister may have fallen in with the same crowd that murdered her own sister. Now, this unlikely pair will team up to deliver a painful lesson in justice and vengeance to those who seek to exploit the innocent and prey on the weak.

Critic Reviews for Dragon and the Hawk

Audience Reviews for Dragon and the Hawk

There are no featured audience reviews for Dragon and the Hawk at this time.

Dragon and the Hawk Quotes