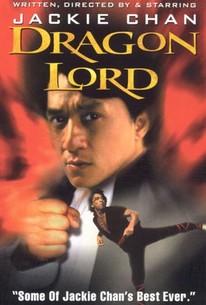 International martial arts superstar Jackie Chan directed and choreographed (along with veterans Corey Yuen and Fung Hark-on) this action-packed follow-up to The Young Master. Chan also stars as Dragon, a rebellious young man who is always getting into trouble along with his best friend, Cowboy (Feng Sing). The friends soon meet Tiger (Michael Chan), a desperate man in hiding from the Chinese Imperial Guardsmen who conspired with him to steal a number of priceless artifacts from the Forbidden City. Tiger's fellow guardsmen were intending to sell the treasures to foreign interests and divide the money, but Tiger left before the transaction could be completed. What neither Tiger nor Cowboy knows is that the Captain of the Guards (Whang Ing-sik) is working in collaboration with the latter's corrupt father to pull off the illicit deal. Tiger goes back and purloins some of the artifacts, escaping with the guards in hot pursuit, as they need a complete collection to maintain their agreement with the buyers. Dragon and Cowboy remain blissfully unaware of the situation and give Tiger a place to seek shelter, only to face the wrath of the Captain and his men when their hiding place is discovered. Stand-out sequences include the final battle between Dragon and the Captain inside a large barn and a scene in which the precariously perched Dragon tries to keep from falling off a steep roof as the guards stick sharp spears through it from below. Dragon Lord also inaugurated Chan's practice of including clips of misfired stunts and injuries at the end of his films.

Young Moon Kwan
as The Hatchetman

Hark-On Fung
as The Killer King

Feng Feng
as The Referee

Ing-Sik Whang
as The Big Boss
View All