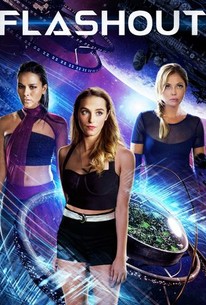 Desa and her friends enter an alternate dimension through a virtual reality game called InterMate. As they play the game, they soon find themselves being hunted down by a man known as the repairman. As he is tasked with saving the multiverse, he attempts to close down the game and seal this alternate reality forever.

Anthony B. Phillips
as Jogger

There are no critic reviews yet for Flashout. Keep checking Rotten Tomatoes for updates!

There are no featured reviews for Flashout at this time.