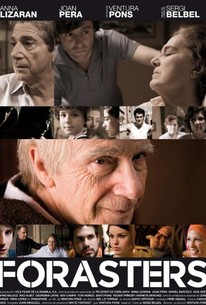 The seeds of narrow-minded hatred that are planted in one family bear bitter fruit forty years later in this drama from director Ventura Pons. Josep (Manuel Barcelo) is arranging to take ownership of the home where his family lived when he was a child, and the experience causes him to look back on both the happy and painful experiences of his past. His mother Emma (Anna Lizaran) was often in poor health, but it didn't prevent her from ruling the family with an iron fist, as she looked after her stern husband Francesc (Joan Pera), free-spirited daughter Anna (Aida Oset) and young son Josep (Dafnis Balduz). Emma makes no secret of her prejudice against the Andalusians who are moving into the neighborhood, a situation aggravated by Anna's infatuation with a neighbor boy, Manuel (Roger Princep). Four decades later, Emma has passed on, but some things have changed remarkably little, as Francesc rails against the North African immigrants who have taken the place of the Andalusians in the community. Forasters (aka Outsiders) received its North American premiere at the 2009 Seattle International Film Festival; Anna Lizaran earned Best Actress honors at the 2009 Gaudi Awards, the Spanish film industry's equivalent to the Oscars.

There are no critic reviews yet for Forasters. Keep checking Rotten Tomatoes for updates!

There are no featured audience reviews for Forasters at this time.