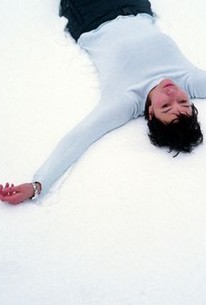 The seemingly random interactions between a group of people touched by a tragedy go under the microscope in this drama from Austrian filmmaker Barbara Albert. Manu (Kathrin Resetarits) is a woman who miraculously survives an airline crash caused by a freak storm that claims the life of every other passenger on board. Six years later, she's happily married to Andreas (Georg Friedrich), has a teenaged daughter named Yvonne (Deborah Ten Brink), and works at a supermarket -- only to die suddenly in an auto accident. Among the mourners at Manu's funeral are her brother Reini (Martin Brambach) and sister Gerlinde (Marion Mitterhammer). Schoolteacher Reini is infatuated with a troubled woman named Sandra (Bellinda Akwa-Asare), and is trying to reach out to one of his students, Kai (Dominik Hartel), who is haunted by the death of his mother. Andreas becomes involved with another teacher, Andrea (Ursula Strauss), who also has an unhappy student, Patricia (Désirée Ourada), an outcast with an interest in spirituality. Patricia strikes up a friendship with Kai as he drifts away from his girlfriend, Gabi (Nicole Skala). Meanwhile, Yvonne becomes ill and ponders her mother's fate in the hereafter, and Gerlinde becomes involved in an emotionally destructive sexual relationship with a handicapped man.

There are no featured audience reviews for Free Radicals at this time.