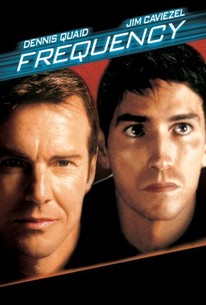 A tight blend of surprises and suspense keeps audiences spellbound.

What if you had the chance to travel back in time and change just one event in your life? What would it be? For John Sullivan, there is no question. He would undo the events of October 12, 1969, when the out-of-control Bruxton fire took the life of his father, a heroic firefighter. Ever since he was a kid, John dreamed of being able to stop the tragedy of that fateful day, which set into motion the anger and loneliness that have haunted his adult life as a cop in the 1990s. Now John may get exactly what he has wished for, and more than he bargained for. One day before the anniversary of his father's death, in the midst of the spectacular storm known as the aurora borealis, John Sullivan discovers in the house he inherited his father's old ham radio and begins to play with it. Through the electrical static, he finds himself talking to a man who claims to be a firefighter and who appears to be awaiting the World Series of 1969. Is John really talking to his own living father on the very same day, in the very same house, but exactly three decades ago? At first neither can believe it, but soon John is carrying on an all-night conversation with his young father, sharing for the first time his deep love and regret over his future death. Yet John realizes that now he may be able to change all that. By alerting Frank to the mistake that cost him his life the first time around, John saves his youthful father from dying in the Bruxton fire. On October 12, 1999, John Sullivan discovers that he now has photographs on his walls of his father as a gray-haired man. By changing the past, the Sullivans have forged a new present. John is ecstatic with his new memories of his father- until he discovers other things have been altered. Subtle changes caused by his father's survival have led to a string of unsolved serial homicides, including the grisly murder of John's mother. Now Frank and John must race against the clock-divided by three decades and connected only by a radio-to prevent a murder that will seal their destinies. And each time Frank changes something in his universe, John wakes up to a whole new reality.

Dick Cavett
as Himself

Brian Greene
as Himself

Derek Aasland
as Stoned Man No. 1

Catherine Burdon
as Young Woman No. 1

Jennifer Baxter
as Young Woman No. 2

Danny Johnson
as Uniformed Cop No. 1

Colm Magner
as Uniformed Cop No. 2