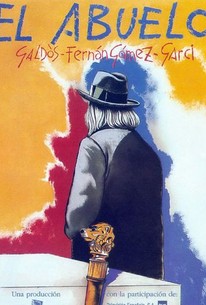 THE GRANDFATHER tells the story of love, friendship, honor and betrayal within one powerful family spanning three generations. Director Jose Luis Garci's tale is set within the rich historical context of turn of the century Spain. The old Count of Albrit, now penniless and almost blind, returns from Peru where he has lost his large fortune. While he is pleased to meet his charming granddaughters, Nelly and Dolly, he is burdened by a secret that surrounds them. When the Count was still in America, his only son died. Upon his death, his few belongings, including an unfinished letter, were shipped to the Count. The letter informed the Count that his daughter-in-law, the beautiful Lucrecia Richmond, was not a faithful wife to his son. Furthermore, the Count learns, one of his granddaughters is not his true heiress and he is determined to discover which grandchild is worthy of his name and his love. When the Count threatens to expose this betrayal, Lucrecia Richmond conspires to get rid of him to protect both her good name and the security of her family. As the Count grows weary from the battle with his daughter-in-law, he becomes despondent and frail. Ultimately, he is saved by an unlikely angel who teaches him that blood ties are meaningless; only love matters.

José Caride
as Venancio
View All

There are no featured audience reviews for The Grandfather (El Abuelo) at this time.