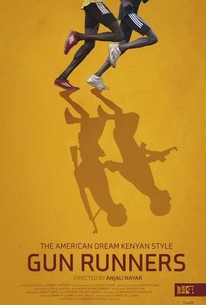 When it comes to world-class marathon runners, Kenyans are considered the cream of the crop. Particularly those from Kenya's Rift Valley. These athletes have won marathons in London, New York and Berlin, and have set countless world records. But some of Kenya's top runners aren't running for fame and fortune. Some are wanted warriors, running for their lives. For years, Julius Arile and Robert Matanda thrive among the roaming bands of warriors that terrorize the North Kenyan countryside. By the time they reach their mid-twenties, stealing cattle, raiding and running from the police is the only life they know. So when both warriors suddenly disappear from the bush, many of their peers assume they are dead or have been arrested. Instead, they trade in their rifles for sneakers-in the hopes of making it big as professional marathon runners. Years of fleeing from the police have prepared the men for running marathon distances, but do they have what it takes to overcome the corruption, mistrust and jealousy that threaten to derail their careers? Or will they give up on their dreams and return to a life of easy power and money? Told entirely by its central characters, Gun Runners is the American Dream, Kenyan-style.

There are no featured audience reviews for Gun Runners at this time.