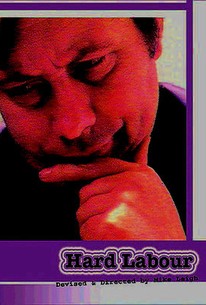 Mrs. Thornley (Liz Smith) leads a rather miserable existence in Salford. She lives with her husband, Jim (Clifford Kershaw), a night custodian at a toy factory, and their grown daughter, Ann (Polly Hemingway). Mrs. Thornley is a maid who works for an imperious upper-middle class woman, Mrs. Stone (Vanessa Harris). Between her work and her home life, it seems like Mrs. Thornley is always cooking, cleaning, and fielding complaints. Jim spends most of his spare time at the pub, and is pretty cold to his wife, drunkenly demanding sex from her once a week on the night he's not working. Jim's efforts to ingratiate himself to his supervisor, Mr. Shaw (Keith Washington), are met with a stony lecture about dressing properly on the job. Ann, meanwhile, has been spending her time trying to arrange an abortion for her friend Julie (Linda Beckett) with the help of a friendly Pakistani taxi driver, Naseem (an early turn by Ben Kingsley). The couple's son, Edward (Bernard Hill, who would later play Théoden in Lord of the Rings) seems to care about his mum, but his wife, Veronica (Alison Steadman, in the first of many performances for writer/director Mike Leigh), is a snob who constantly harangues him about his manners and looks down on his family. Mrs. Thornley, beaten down by her wearying existence, eventually seeks solace from a local priest. Hard Labour, Leigh's follow-up to Bleak Moments, was originally produced for the BBC's Play for Today series. It features an appearance by Alan Erasmus (who would become a major figure in the Manchester pop scene), portrayed by Lennie James in Michael Winterbottom's 24 Hour Party People. ~ Josh Ralske, Rovi