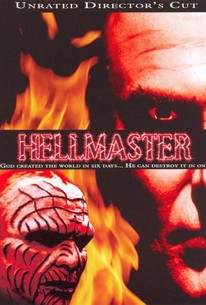 This regional horror weirdness from Michigan begins on a college campus in the late 60s, where mad professor John Saxon once performed murderous atrocities under the aegis of a secret government eugenics project before being shot dead by one of his associates. Twenty years later, a string of murders seems to indicate the professor's return from the dead. As it turns out, Saxon's experiments produced a drug which transmogrified him into a superhuman being capable of manipulating the will of others. Intending to procure a hidden supply of the "Nietzsche Drug" from the catacombs beneath the campus, the professor gathers a team of zombie slaves to do his bidding. His evil plans are challenged by a young psychic (Amy Raasch), an activist reporter (Dawn of the Dead alum David Emge) and the sole survivor of a previous supernatural attack (Sarah Barkoff). As the zombie hordes amass against our heroes, the psychic takes a dose of Saxon's drug herself in order to level the playing field, and the two square off for a metaphysical battle of attrition. Filmmaker Douglas Schulze's script tries gamely to interweave elements of Timothy Leary-style drug counterculture, social commentary and religious symbolism, but nothing really meshes properly. There are nevertheless some styish touches, and Saxon carries off his difficult role with panache.

There are no critic reviews yet for Hellmaster. Keep checking Rotten Tomatoes for updates!

There are no featured audience reviews for Hellmaster at this time.