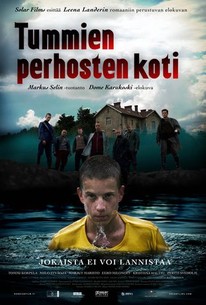 Haunted by his traumatic past and cautious about the prospects of an uncertain future, a fourteen year old boy named Juhani winds up in an isolated boys' home known as The Island in this adaptation of author Leena Lander's popular novel of the same name. Juhani (Niilo Syvaoja) has been shuttled between foster homes and temporary families for the past six years, leaving any prospect of stability in his life a faded dream. When Juhani winds up in a remote shelter for troubled youth known as The Island, he has little idea of how ruthless superintendent Olavi Harjula (Tommi Korpela) can truly be. In addition to Harjula and the six other boys, The Island is also home to the superintendent's wife Irene (Kristiina Halttu), the couple's two young daughters, and Tynne (Kati Outinen) - who tends to the local livestock in addition to catering all the meals. As the situation on The Island grows unbearable and Juhani is forced to deal with such difficult issues as forgiveness and responsibility, the boy without a past becomes determined not to let the future slip through his fingers.

There are no critic reviews yet for Home of Dark Butterflies. Keep checking Rotten Tomatoes for updates!