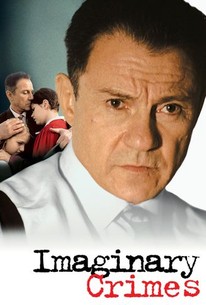 Usually cast in showy or unsympathetic supporting roles, Harvey Keitel here gets the rare chance to play a leading role as a "nice guy" -- albeit a nice guy with some serious problems -- in this family drama. Ray Weiler (Keitel) is the widowed father of two girls, high school senior Sonya (Fairuza Balk) and her younger sister Greta (Elizabeth Moss). Ray is full of get-rich-quick schemes that never quite pan out and often skirt the edges of the law. While it's obvious that he loves his daughters, he's hardly a healthy role model, and Sonya and Greta both know it -- dealing with bill collectors and angry investors who've dumped money into one of their father's schemes is just a part of life at the Weiler household. Ray has enrolled Sonya in a private school that he can't actually afford, but he's certain his latest mining venture is going to bring him some real money. Mr. Webster (Vincent D'Onofrio), one of Sonya's teachers, thinks she has a real gift as a writer and should go on to college. Sonya, however, knows that Ray would be against it -- and even if he did approve, how would they pay for it? Meanwhile, Ray seems to have found a backer for his latest mining project -- a man named Jarvis (Chris Penn) -- but one of his partners starts to get cold feet, and Jarvis looks like a man who does not take disappointment well.

Kitty Larsen
as Mother at Tea