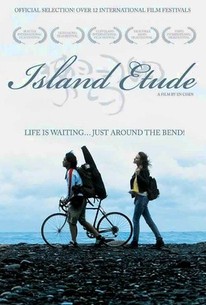 A young man with a bike sets out on an once-in-a-lifetime trip in this road movie from Taiwanese filmmaker Chen Huai-en. Ming (Tung Ming-hsiang) is a college student who born with serious hearing loss, though despite his handicap he has taught himself to play guitar by feel. With a few weeks off from classes, Ming is in the mood for an adventure, so he hops on his bicycle and pedals around the coastal perimeter of Taiwan, starting at the port city of Kaohsiung. As Ming literally travels around the country, he encounters a variety of fellow travelers and interesting characters along the way, including another bike rider (Yuen-lun) who has left his new home in Canada to visit his mother (Chen Hsiu-hui) as she struggles to deal with the collapse of her marriage; a bus driver (Wu Nien-chen) who is taking a coach full of elderly travelers on a tour; a lovely model from Eastern Europe (Ruta Palionyte) who is having trouble with train schedules; and a filmmaker (Teng An-ning) working on his latest project, an ambitious dreamlike fantasy. Lianxi Qu (aka Island Etude) was Taiwan's official entry for the American Academy Award for best foreign language film.

There are no featured audience reviews for Island Etude at this time.