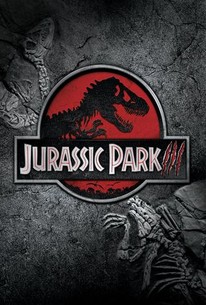 Jurassic Park III is darker and faster than its predecessors, but that doesn't quite compensate for the franchise's continuing creative decline.

2:04
Jurassic Park III: Official Clip - What Are You Doing Here?

Director Joe Johnston takes over the creative reins from Steven Spielberg for this third installment in the thriller franchise. Sam Neill returns as Dr. Alan Grant, a scientist who's tricked by wealthy couple Paul and Amanda Kirby (William H. Macy and Tea Leoni) into a fly-over of Isla Sorna. The object of their sightseeing tour is one of the Costa Rican islands populated by ferocious, genetically bred dinosaurs and the "site B" setting of Jurassic Park 2: The Lost World (1997). After their plane crash-lands, it's revealed that the Kirbys are actually seeking their teenage son, lost on the island after a paragliding accident. Trapped on Isla Sorna, Grant and his companions discover some painful truths the hard way. Among their discoveries: some of the scaly monsters possess more advanced communicative abilities than previously believed, the dreaded Tyrannosaurus Rex has a larger and more lethal competitor, and flying Pteranodons pose an even graver threat than some of their land-locked brethren. Jurassic Park III is the first in the series not to be based upon a novel by original author Michael Crichton. ~ Karl Williams, Rovi

Bruce A. Young
as Nash

Frank Clem
as Man in Suit
View All