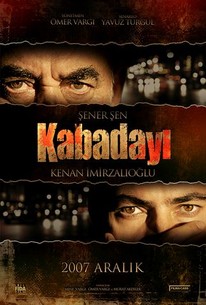 A man who lived as an outlaw must return to his old ways to save his family in this blend of action and melodrama. Ali Osman (Sener Sen) spent most of his life as a crook, rising through Istanbul's criminal underworld to become a powerful and feared mob boss. But elderly Ali has given up his life of crime and wants to live out his last years in peace as an ordinary retiree. However, when Ali learns that a woman he dated years ago (Selma Kutlug) is on her deathbed, he visits her and makes a surprising discovery -- while they were together, she became pregnant with his child, and now he has a grown son he's never met. Ali tracks down the young man, Murat (Ismail Hacioglu), and finds that he and his fiancé Karaca (Asli Tandogan) have fallen into debt with a ruthless gangster, Devran (Kenan Imirzalioglu). It's clear to Ali that Devran doesn't observe the code of honor that he and his cohorts lived by, and Ali brings his old crew out of retirement to face off against the young mobster. A major box office success in Turkey, Kabadayi (aka For Love And Honor) was also an official selection at the 2008 Istanbul Film Festival. ~ Mark Deming, Rovi

There are no critic reviews yet for Kabadayi. Keep checking Rotten Tomatoes for updates!

There are no featured audience reviews for Kabadayi at this time.