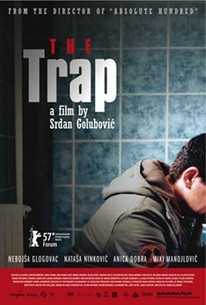 A man must make a terrible decision for the sake of his family in this downbeat drama. It's 2006, and in Serbia the divide between the rich and the poor has never been wider or more punishing. Mladen (Nebojsa Glogovac) is an engineer stuck in a low-paying job that barely supports him, his wife, Marija (Natasa Ninkovic), and their ten-year-old son. Already walking on thin ice financially, Mladen and Marija crash through when they learn that their son has been diagnosed with a serious illness, and he'll die soon unless they can arrange for him to have specialized surgery in Europe. Mladen and Marija are unable to pay for the operation, and with few other options, Marija places an ad in the paper asking for financial help. One person answers the ad -- Milos (Miki Manojlovic), a sinister gentleman who is willing to pay the couple handsomely if Mladen will kill a man who has been taking business away from him. Mladen's conscience demands he refuse the offer, but as his son's health deteriorates, he begins to wonder if he could take a life in order to spare his child. Klopka (aka The Trap) was adapted from a stage drama by Nenad Teofilovic. ~ Mark Deming, Rovi

Critic Reviews for The Trap (Klopka)

Audience Reviews for The Trap (Klopka)