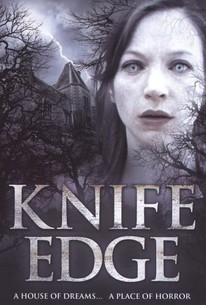 Director Anthony Hickox (Waxwork) returns to the horror genre with this rural frightener about a Wall Street stockbroker who begins to experience disturbing visions after moving into an English country mansion with her husband and their young son. English expatriate Emma (Natalie Press) made a killing on Wall Street, but now the time has come to reclaim her European roots. Her French husband, Henri (Matthieu Boujenah), is also a successful businessman, and he's just purchased a sprawling estate in the English countryside, where the happy couple plans to raise their son, Thomas. Almost immediately after they move in, however, a series of gruesome visions leaves Emma convinced that something terrible once happened in their house, and that the threat still lingers. To make matters worse, the bottom on Henri's business is starting to fall out, and young Thomas is growing obsessed with a particularly sinister doll. Of course it's always good to have the support of family and friends in such trying times, but somehow Emma can't help but feeling that her brother, Andrew (Lorcan O'Toole), and longtime family friend Charles (Hugh Bonneville) aren't being entirely benevolent with their repeated offers to pitch in around the house. In fact, they seem to be operating on some kind of hidden agenda that raises Emma's suspicions, and leads her to believe something is horribly amiss.

Karen Ferrari
as Jocelyn
View All