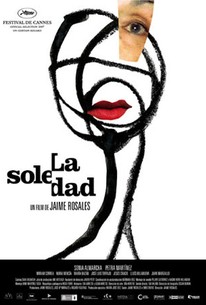 Spanish helmer Jaime Rosales, who dazzled the world with his debut, the 2003 serial killer drama The Hours of the Day, returns to screens for the very different sophomore outing Fragments of Loneliness (AKA Solitary Fragments, 2007) - a defiantly understated and minimalist slice-of-life drama that dissects and explores a myriad of issues affecting contemporary European women. Throughout the narrative, Rosales crisscrosses two ostensibly unrelated substories, which only find a point of intersection in the blood relation of two minor characters. The first tale revolves around Adela (Sonia Almarcha), a woman who lives in the picturesque Basque region of northern Spain. She leads a generally unremarkable existence - separated from her husband Pedro (Jose Luis Torrijo), she struggles to raise their son, Miguelito (Eric Garcia) and provide for her own aging father (Juan Margallo) while working at a dull job in an office. When the monotony and pressure overwhelm Adela, she suddenly cuts loose and moves to busy Madrid, Miguelito in tow, to begin a new life as a conference assistant. Mother and son opt to share a flat with a woman named Ines (Miriam Correa and her romantic partner, Carlos (Luis Villanueva). Adela's life appears to be on the up and up; then tragedy strikes. Meanwhile, in the film's second tale, Ines's widowed mother, the supermarket proprietor Antonia (Petra Martinez) buckles under the strain wrought by her second and third daughters. One, Nieves (Nuria Mencia) indicates that she's dying of terminal cancer; the other; Helena (Maria Bazan) begs Antonia to tap her boyfriend Manolo (Jesus Cracio) for money to finance a second residence. Instead, Antonia opts to sell the first, which threatens to alienate Helena. ~ Nathan Southern, Rovi

Eric Garcia
as Miguelito
View All

There are no featured audience reviews for Solitary Fragments (La Soledad) at this time.