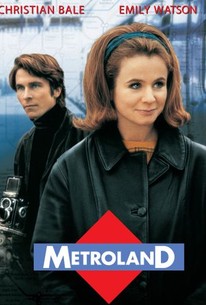 An unexpected visit causes a man to wonder what path he should have taken in life in this drama. In 1977, Chris (Christian Bale) and Marion (Emily Watson) are a staid married couple living in a working-class community near the outskirts of London, where the Metro tube line dead-ends. While Marion is reasonably happy, Chris is bored and restless, and he often daydreams about how his life could have been different. Chris and Marion first met in Paris in 1968, when revolution was in the air and they were both footloose bohemians exploring the world. Chris was briefly in love with Annick (Elsa Zylberstein), a wild, beautiful, and high-spirited young woman, but he married Marion instead, and he frequently wonders if he made the right choice. One day, Chris receives a telephone call from his old buddy Toni (Lee Ross), who was his best friend back in his days in Paris. While Chris has joined the working class, Toni is still following his muse around the world, drifting through Europe, America, Africa, or anywhere else the breeze takes him. Toni is visiting England and invites Chris to leave Marion behind and join him in his travels. Already in an unsure state of mind, Chris finds himself calling practically every aspect of his life into question -- he even wonders if Marion might be attracted to Toni, whom she's never cared for. Metroland was adapted by Adrian Hodges from the novel by Julian Barnes.

Del Bartle
as One of The Subverts

Gareth Batson
as One of The Subverts

Danny De Matos
as One of The Subverts

Brad Waissman
as One of The Subverts
View All