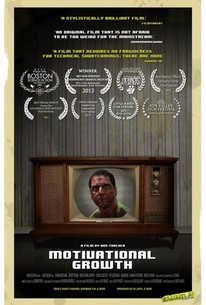 Ian B. Folivor hasn't left his apartment in months, and it shows. He clearly doesn't stand a chance with the lovely young neighbor he watches through his peephole, the closest he comes to human contact is fielding occasional threats from his sociopathic landlord and he may have just lost his last friend-an ancient television set named Kent. Just when he's ready to end it all with a powerful mixture of household chemicals, a would-be mentor appears in a most unlikely place. His self-appointed life coach promises everything Ian could ask for, but Ian is uncertain. Is his new friend a savior appeared in the nick of time, or a smooth-talking force of evil? And is it coincidence or something more sinister that brings peddlers of plasma screens pushing to replace Kent to the door just as this new influence enters Ian's very small world? As Ian is guided down an increasingly twisted and murky path, his doubts about his own judgment and perceptions mushroom. Amazing transformations and steps in the right direction are coupled with disjointed events and blurred reality. With no human voice of reason remaining in his life, he finds himself torn between the promising but alarming counsel of his would-be guide and the long-trusted insights of his old television set. (c) Official Site

Jeffrey Combs
as The Mold

There are no featured audience reviews for Motivational Growth at this time.