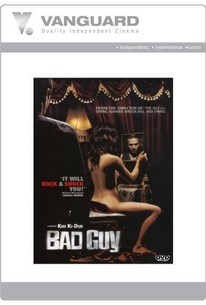 While strutting through Downtown Seoul, Hang-gi, a local gangland pimp, spots young Sun-hwa, a pretty, middle-class college student, waiting on a park bench. He sits next to her, creating a disparate scene of two classes in soft harmony, until she sneers at his advances and rushes into the arms of her preppy boyfriend. Offended, he grabs her and forcefully kisses her. Sun-hwa demands an apology, and when Ha-Gi refuses, he is beaten by a group of soldiers who had witnessed the assault. As a final insult, Sun-hwa spits in his face while he is restrained. Soon after, Sun-hwa makes the mistake of taking a seemingly forgotten wallet filled with cash. She is apprehended by the owner, and forced to pay a huge sum or be turned into the police. With no money, she signs a contract that results in her being sold into prostitution to repay the debt. Whisked away to the neon colors of a Seoul brothel, her introduction to street life is harsh and cold, her teacher an iron-hearted woman with only disdain for the untrained Sun-hwa. As she is brought into her drab room for her first encounter, we learn who is really behind her imprisonment. Watching from behind a double mirror in her room, sits Hang-gi, the 'Bad Guy.' As Sun-hwa descends further and further into street life, she takes on the full-fledged traits of a john-luring prostitute. Hang-gi's curtain parts to reveal Sun-hwa's harsh education through the mirror, and his tears expose his growing feelings for her. Hang-gi's language is reduced to facial gestures, his throat marked with the long lash of a scar straight across from ear to ear. After a failed escape attempt, Sun-hwa is taken to the seashore by Han-gi. Here she is confronted with a series of mysterious torn photographs that seem to suggest a hidden past or even a possible pre-determined future between Han-gi and herself.