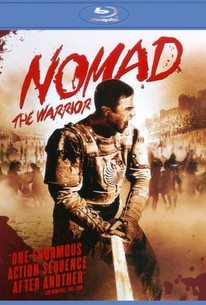 Czech New Wave leader Ivan Passer picks up the torch originally ignited by Russian director Sergei Bodrov to bring Central Asia's first-ever event film to the light of the silver screen. Penned by Russian screenwriter Rustam Ibragimbekov, Nomad tells the tale of 18th-century Kazak military strategist Ablai Khan -- a forward-thinking visionary whose efforts to unify his country eventually helped to define Kazakhstan's borders. Warned by a mystical Kazak warrior named Oraz (Jason Scott Lee) that a child who will unite the warring local tribes and free his people is about to be born, invading Jungar leader Galdan Ceren (Doskhan Zholzhaxynov) -- whose soldiers are currently occupying Kazakhstan -- instructs his assassins to target Mansur (Kuno Becker), the son of a local sultan. After being saved from a grim fate by none other than Oraz, Mansur is raised to become a fearless warrior whose vision of a unified Kazak state drives him to fulfill the ancient prophecy. Tirelessly training alongside his best friend Erali (Jay Hernandez), Mansur leaps into action when love interest Gaukhar (Ayanat Yesmagambetova) is abducted by malevolent Jungar swordsman Sharish (Mark Decascos). Originally set to be helmed exclusively by Passer, Nomad was finished by director Bodrov after a production hiatus threw the fate of the film into question and the European production partner Wild Bunch stepped in to help assure that the film was eventually completed.