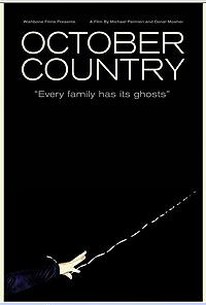 It flirts with voyeurism, but this deeply personal look at a working-class family in upstate New York is piercingly honest and refreshingly unsentimental.

A family struggles to stay together despite a long and troubling history of emotional trauma in this visually striking documentary. When asked about his family, Don Mosher tells an interviewer, "We wouldn't know normal if it fell on us." The line is more than just a self-depreciating joke as we spend a year with the Moshers, who live in a decaying rural community in New York State. Don is a Vietnam veteran who is still dealing with the emotional scars of war and is either withdrawn or sharply judgmental around his family. His wife, Dottie, tries to put a positive spin on the grim circumstances of her life, but sometimes her desire to nurture those around her causes more problems, including taking in a foster son who turns to a life of crime. Their daughter, Donna, was a reckless youth who became a teenage mother and found herself married to an abusive husband. Donna's daughter Daneal followed the same path as her mother and is now a teenage mother herself, raising a child on her own after the father abandoned her. Donna's younger daughter, Desi, is a clever and intelligent girl who seems unusually aware of the world around her for a child her age. And Don's estranged sister, Denise, has turned her back on the family and instead studies witchcraft with a group of Wiccans who regularly gather in a nearby graveyard. Donal Mosher is a photographer and filmmaker who is a member of the Mosher family, and with their cooperation, he and co-director Michael Palmieri followed them from one October to the next as they struggled with their demons while clinging to family bonds that give them strength. October Country was the grand prize winner at the 2009 Silverdocs Film Festival.