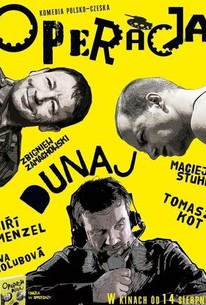 Enemies evolve into allies under unusual circumstances in this satiric comedy from the Czech Republic. In 1968, Czechoslovakia is on the verge of a revolution, and Polish troops are sent into the country to put down the insurgence. Romek (Przems_aw Bluszcz) is a Polish soldier who has been having an affair with the wife of his commanding officer; while Romek believes the officer is unaware of the infidelity, he senses that his cover has been blown when he's assigned to roll across the Czech border in a broken-down old tank that barely runs. As Romek and his comrades make their way into Czechoslovakia, they get lost and things get worse when they crash into a small town tavern, where many of the locals are throwing a party for the local postmaster. The arrival of Romek and his fellow Poles is not welcomed with enthusiasm by the Czechs, but when the soldiers realize their tank is not going anywhere, they convince some of the locals to help them, and in time both sides develop a wary trust as they realize they're all pawns in a larger political game. Over beer and dumplings, the Poles and the Czechs become friends and romance is even in the air as Petra (Martha Ossiva) falls for the tank's radio operator. Operace Dunaj (aka Operation Danube) was the first feature film from director Jacek Glomb.

There are no critic reviews yet for Operation Danube. Keep checking Rotten Tomatoes for updates!

There are no featured audience reviews for Operation Danube at this time.