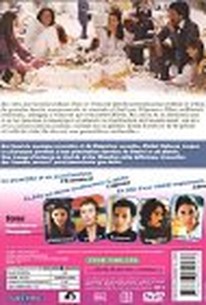 Author Francoise Giroud once descibed the 15-year span from 1967 to 1981 as La parenthese enchantee, the era when the sexual revolution raged in France, beginning with the legalization of the birth control pill and ending with the dawn of the AIDS pandemic. Michel Spinosa's drama examines the lives and loves of five people who lived through this time. Longtime friends Paul (Roschdy Zem) and Vincent (Vincent Elbaz) meet Eve (Karin Viard) and Alice (Clotilde Courau) while on a vacation in 1969. Paul and Eve's first night together results in her becoming pregnant, and they soon marry. Vincent is attracted to Alice, but she disappears until the day he marries Marie (Geraldine Pailhas). Several years later, Eve is bored with Paul and feels sexually unsatisfied; Paul tries to learn how to be a better lover by reading the latest self-help books, while Eve begins having an affair with Vincent, who is unhappy with Marie. Alice, meanwhile, becomes an outspoken feminist activist after undergoing a dangerous illegal abortion. ~ Mark Deming, Rovi

There are no critic reviews yet for La Parenthèse enchantée (Enchanted Interlude). Keep checking Rotten Tomatoes for updates!

There are no featured audience reviews for La Parenthèse enchantée (Enchanted Interlude) at this time.