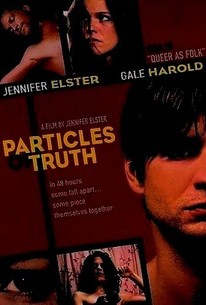 Lilli (Jennifer Elster, who also wrote and directed the film) is unhappy. She's a struggling artist, living in New York City and cynical about everything, including her own talent. Her father (Alan Samulski) is dying, and Lilli barely acknowledges his existence, while her mother (Susan Floyd), clearly divorced from reality, pretends that her husband left town years ago. The trauma of being raised by two junkies and of her parents' eventual breakup still affects all of Lilli's relationships and her view of herself. She's got a group show opening at a major gallery, but she doesn't even know if she wants to attend. One day she meets Morrison (Gale Harold of Showtime's Queer as Folk), an obsessive-compulsive poet who lives in relative luxury but is too afraid of germs to get out of his car when he first tries to talk to Lilli. While he's better off financially, Morrison has his own family problems, as his father (Larry Pine) and mother (Leslie Lyles) are keeping crucial secrets from each other. While they're attracted to each other almost instantly, Lilli and Morrison have a tremendous struggle ahead of them to forge any kind of moderately healthy relationship. Particles of Truth had its world premiere at the 2003 Tribeca Film Festival.

Richard Hill Wilkinson
as Will

Alan Samulski
as Johnny
View All

Critic Reviews for Particles of Truth

Audience Reviews for Particles of Truth