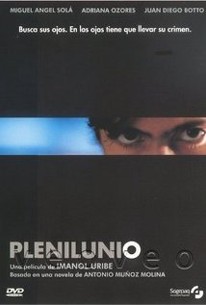 Romance and murder walk side by side in this psychological drama from Spain. A serial killer has been plying his grisly trade in a small town in Spain, murdering young girls and leaving their bodies in a nearby forest. A police inspector (Miguel Angel Sola) is sent in to investigate - his first case outside tumultuous Basque County in 14 years. The detective has problems dealing with the stress of his job, and he finds little consolation in his off hours: he's been fighting a drinking problem for some time, and his wife (Charo Lopez) is in a mental hospital after murder threats against him led her to a nervous breakdown. As the inspector looks at the evidence in the latest killing with the help of Ferreras (Chete Lera), the city's coroner, he pays a visit to the school where the victim was studying. There he meets Susana Grey (Adriana Ozores), a teacher and single mother whose husband left her several years earlier to run off with Ferreras' former girlfriend. The inspector and Susana display an immediate interest in each other, and soon find themselves edging into a tentative romance, while the detective tries to stay on the trail of the murderer. Plenilunio was screened in competition at the 2000 San Sebastian Film Festival. SCREENED/AWARDED AT: Cinema Writers Circle Awards, Spain, Goya Awards, San Sebastian International Film Festival, ...Plenilunio ( Plenilune )

There are no featured audience reviews for Plenilune (Luna Llena) at this time.