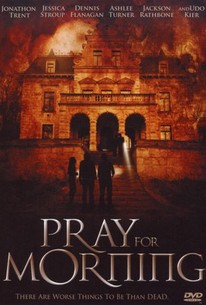 Twenty years after the brutal slaying of five students at an abandoned resort hotel, a group of fearless students return to the site of the original crime only to discover that the murderer is still on the loose and waiting to strike again. The year was 1984: A group of five students broke into the Royal Crescent Hotel as part of a local rite of passage. Days later, their bodies were found mutilated. The killer was believed to be a local drifter, though no one was ever caught or convicted of the murders. At the time, the press made no mention of the fact that the bereaved parents insisted that the police hire a psychic to locate the murderer, and that after handing one of the student's personal objects the clairvoyant claimed to have seen the killer's face. Though the psychic had claimed that the killer was still inside the hotel, a comprehensive sweep of every floor yielded to clues to his whereabouts. Later that same night, the psychic died in her sleep, effectively rendering the case cold. Flash forward twenty years later, and another group of students conducting a so-called "Tour of Fear" break into the hotel on a mission to visit each of the five rooms where the high schoolers had been slain. Upon discovering a severed hand in one of the rooms, the students unleash a terrifying force that has haunted the hotel grounds for nearly a century. Now, if they can only solve the mystery of a world-class hotel that once hosted royalty before mysteriously plunging into disrepute, perhaps that can escape with their lives and save their immortal souls from eternal damnation.

Critic Reviews for Pray for Morning

There are no critic reviews yet for Pray for Morning. Keep checking Rotten Tomatoes for updates!

Audience Reviews for Pray for Morning