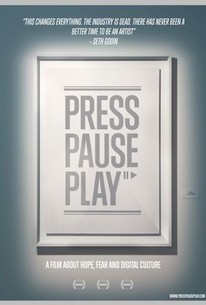 The rise of digital technology has had a massive impact in the international creative community. Small digital video cameras and editing software have made it easier than ever for aspiring filmmakers to make a movie, inexpensive recording software has done the same for musicians, digital photography now rivals the traditional chemical process for resolution while image manipulation is simpler and more sophisticated than ever before, and the internet provides a worldwide platform for artists of all stripes to share their work. All of these are positive developments, at least on the surface, but in a world where everyone can be an artist, what happens to the importance of technique? And with tens of millions of new voices crying out to be heard, will the most compelling work rise to the top, or will many of the artists liberated by digital technology be drowned out in the creative Tower of Babel? Filmmakers David Dworsky and Victor Köhler examine the upsides and drawbacks of the new world of digital expression in their documentary PressPausePlay, which includes interviews with Moby, Bill Drummond, Seth Godin, Lena Dunham, Robyn, Sean Parker and many more. PressPausePlay received its world premiere at the 2011 South by Southwest Film Festival. ~ Mark Deming, Rovi

There are no critic reviews yet for PressPausePlay. Keep checking Rotten Tomatoes for updates!