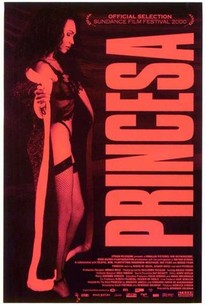 Fernanda (Ingrid de Souza) is a transgendered youth who was born and raised in a small town in Brazil; though born a male, Fernanda chooses to live life as a woman, and has pulled up stakes to move to Italy and obtain sexual reassignment surgery. Fernanda discovers that Milan is one of the world's centers for transvestite prostitutes, and despite the religious scruples she was born with, Fernanda is soon nudged into a career as a sex worker. Fernanda is befriended by Charlo (Biba Lerhue), an old friend from Brazil who is now hooked on drugs and sells her body to support her habit. Charlo introduces Fernanda to Karin (Lulu Pecorari), a transvestite madame who, sensing Fernanda is an innocent at heart, treats her with care and introduces her to some of her better clients. One night, Fernanda is hired by Gianni (Cesare Bocci), who doesn't realize at first that Fernanda is biologically male; while Gianni is upset at first, he also finds himself attracted to Fernanda, and in time begins to pursue a romantic relationship with her when she's not working. Charlo and Karin tell Fernanda that Gianni is merely a gay man in deep denial, but she has fallen in love with him, and in time Gianni offers to pay for her sex change operation -- and pledges to leave his wife for her. Gianni and Fernanda move in together, but soon both are developing cold feet; Fernanda becomes nervous with the onset of her surgery, and when Gianni's wife Lidia (Alessandra Acciai) confronts him and announces she's pregnant, he wonders if he may have made the wrong decision. Princesa received its North American premiere at the 2001 Sundance Film Festival.

Johnny Guimares
as Charlo
View All

There are no featured audience reviews for Princesa at this time.