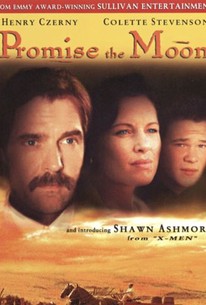 A ranching movie set in Western (Canada) during the 1920s. The story line is a little unusual: A ranch foreman makes a promise to his boss to fetch the ranch-owner's son, who has been boarded since birth in a distant large city. He travels there, only to find out that the boy, now a young adult, has spent his entire life in an insane asylum. He takes him (and his Native-American nanny) back to the ranch, only to find his boss has died and the bank is trying to take over the property. Just prior to his death, the ranch owner had signed a paper leaving the guardianship of his son and the fate of his ranch in the hands of the foreman, leaving nothing to his conniving and jealous brother. This story is about fending off the bank through mounting a successful cattle drive, teaching the hearing-impaired rancher's son (and new owner) about ranch life, and coming to terms with a young woman who is not afraid to speak her mind. Mix all of this with plenty of dirty tricks by the banking crowd and the brother and you have the standard recipe for overcoming hard odds, falling in love, and attempting to save the ranch. This is unabashedly a romantic melodrama, one with a happy ending. ~ Michael Erlewine, Rovi

Gloria May Eshkibok
View All

Critic Reviews for Promise the Moon

There are no critic reviews yet for Promise the Moon. Keep checking Rotten Tomatoes for updates!

Audience Reviews for Promise the Moon

There are no featured audience reviews for Promise the Moon at this time.