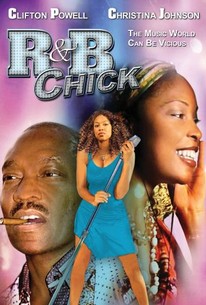 An aspiring R&B singer finds her priorities suddenly shifting after becoming the target of an attempted rape. Sterling (Christina Johnson) was an ambitious Mississippi vocalist who packed her bags for Los Angeles with little more than a hope and a prayer. Upon arriving in the big city Sterling simply scrapes by living in her car, though fate deals her a kind hand in the form of a change meeting with talented young record producer Nate (Dylan Mooney). Over the course of the next few months, Sterling and Nate form a formidable team in the studio as the talented singer befriends Nate's beautiful girlfriend Freesia (Yvette Saunders) and becomes the toast of the town. Eventually, Sterling marries a handsome R&B singer and lands the record deal that she always dreamed about. Just when it seems as if her life couldn't get any better, however, tragedy strikes. One night, as Sterling and Nate are working in the studio together, the obsessed producer attempts to sexually assault his longtime partner. In the aftermath of the violent attack, Sterling suddenly realizes that she has been given a precious gift, and that she should use that gift to sing the praises of the almighty lord.

Critic Reviews for R & B Chick

There are no critic reviews yet for R & B Chick. Keep checking Rotten Tomatoes for updates!

Audience Reviews for R & B Chick

There are no featured audience reviews for R & B Chick at this time.