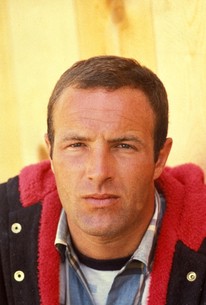 Despite an effort by the Warner Bros. publicity mills to turn The Rain People into an instant cult film upon its first release (the ad campaign stressed the intimacy and humanity of the story), this early Francis Ford Coppola effort would have to wait several years to find its audience. Shirley Knight stars as Natalie, a housewife who, unable to cope with being "trapped" by impending pregnancy, deserts her husband and takes to the road. Eager to start life over, Natalie attaches herself to hitchhiker Kilgannon (James Caan). She is fully aware that Kilgannon, a former football pro, has incurred so much brain damage that he's practically a child but insists upon sticking with him. Along the way, she has a variety of offbeat experiences with such eccentrics as a snake-farmer (Tom Aldredge) and a widowed traffic-cop (Robert Duvall). An unexpectedly violent turn of events, triggered by the traffic cop's troubled daughter (Marya Zimmet), leaves Natalie virtually back where she started. Director Coppola was still laboring under the influence of the French New Wave in The Rain People; there are so many flashbacks and flashforwards that soon even the actors don't know where they stand. Yes, it's an example of youthful cinematic excess, but there's a streak of genius in The Rain People that is impossible to miss. Coppola based his screenplay on his own short story "Echoes."

Laurie Crews
as Ellen
View All

News & Interviews for The Rain People

Walter Murch on Youth Without Youth: The RT Interview (With Exclusive Photos and Clips!)
View All

Critic Reviews for The Rain People

Audience Reviews for The Rain People