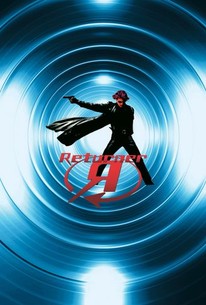 In the year 2084, when humanity is decimated by a ruthless alien force, all hope lies in Milly (Anne Suzuki), a hardened young soldier, as she goes back in time to stop the invasion before it's too late. Ending up in present-day 2002, she appears in the middle of a gunfight as Miyamoto (Takeshi Kaneshiro), a mysterious mercenary, is breaking up a child-slave ring headed by Mizoguchi (Goro Kishitani), a ruthless Triad member with an uncanny thirst for blood. With bullets flying left and right, Milly is shot by Miyamoto and is brought into his secretive ring of do-gooding with the smart-mouthed Kirin Kiki, an arms-dealing old woman that's helping Miyamoto on his quest for revenge against Mizoguchi. Through some coercing (by the form of a small, explosive device the size of a band-aid on his neck), Miyamoto unwillingly joins the mission, as they infiltrate the government base that holds a captured alien and its crashed spacecraft -- the first contact that eventually brings on the invasion. With Mizoguchi and the Triads moving in, seeking some of the alien advanced weaponry, Miyamoto may finally get the vengeance he seeks as Milly gets closer and closer to saving the entire human race.